Introduced by Eastman Kodak Company in 1900, the Brownie camera was an immediate public sensation due to its simple to use design and inexpensive price of one dollar. This catalog is an exhibition catalog designed to display an easy to use timeline for some of the most popular Brownie cameras that were produced. Original photographs from each camera are used to allow the viewer to travel back in time and experience how photographs have changed throughout the years. A website also helps to bring additional information while showing other Brownie cameras that were produced but may not be included in the catalog. 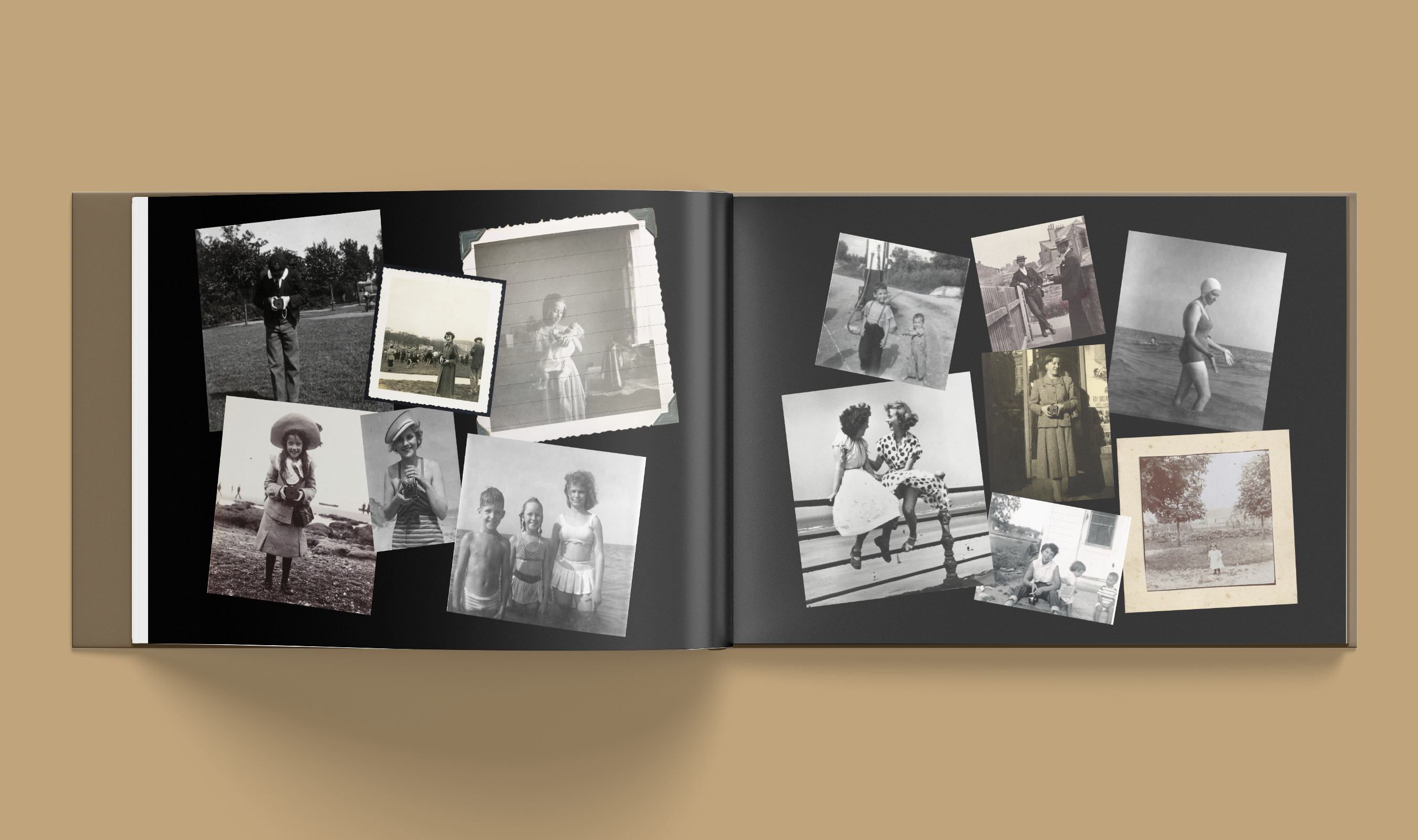 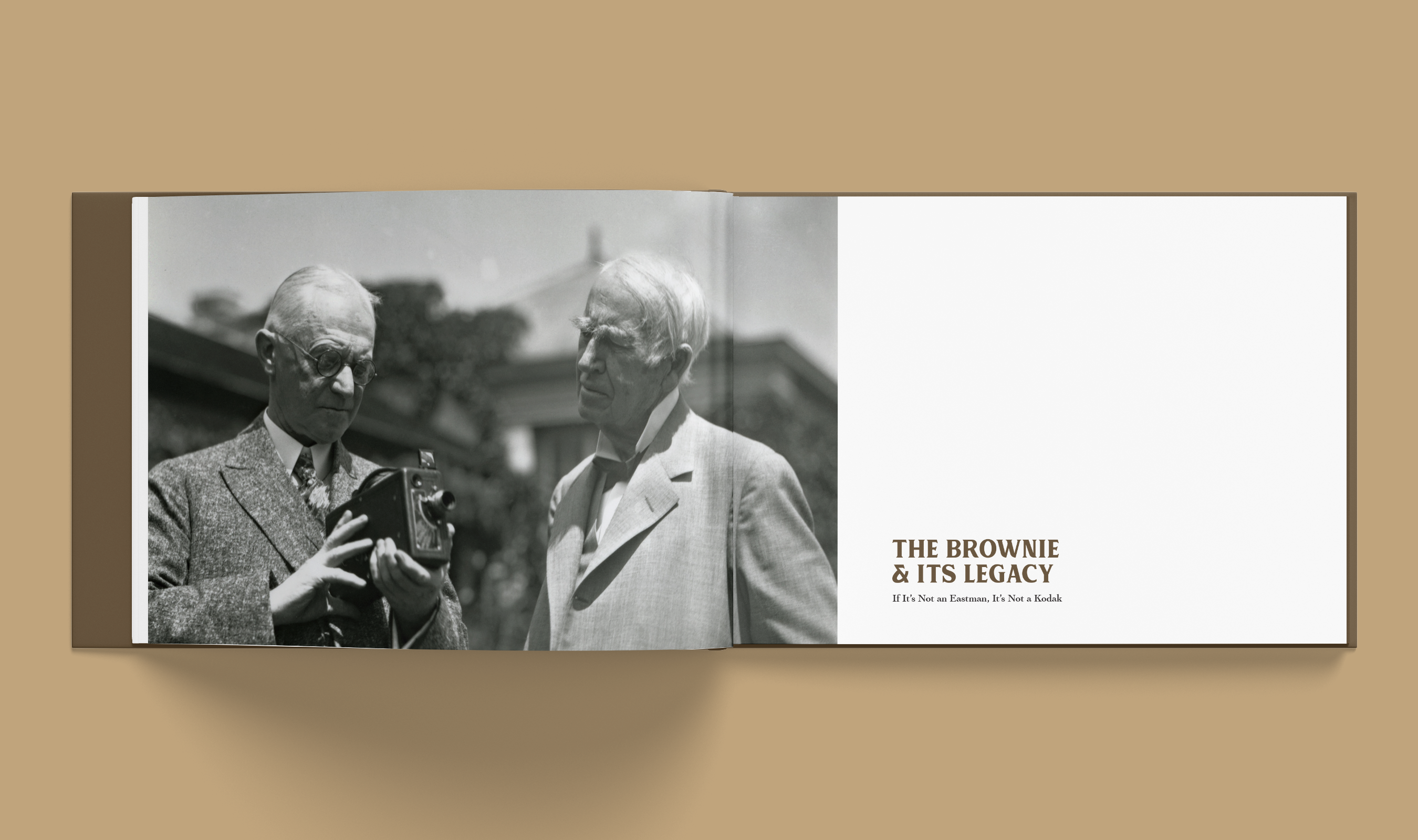 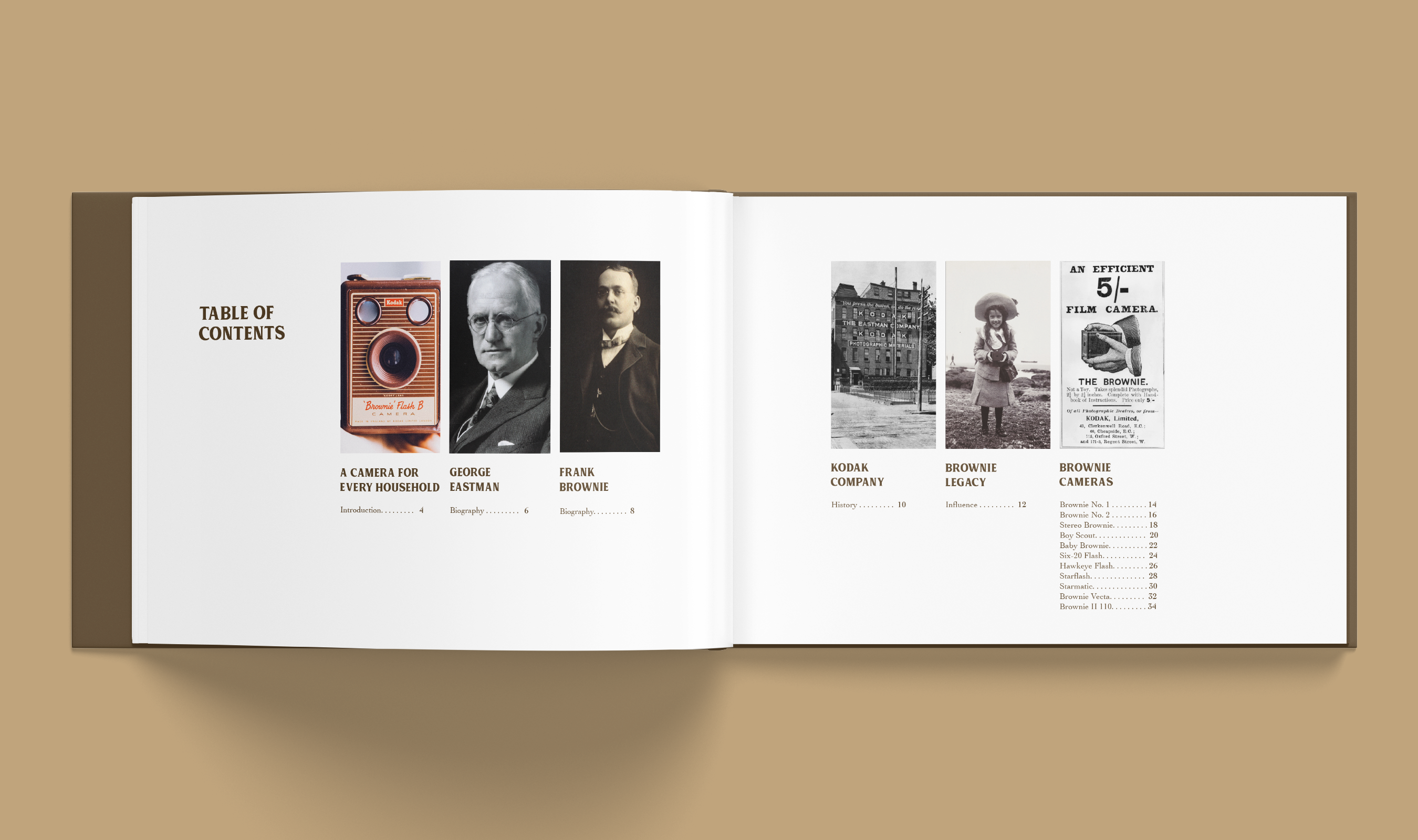 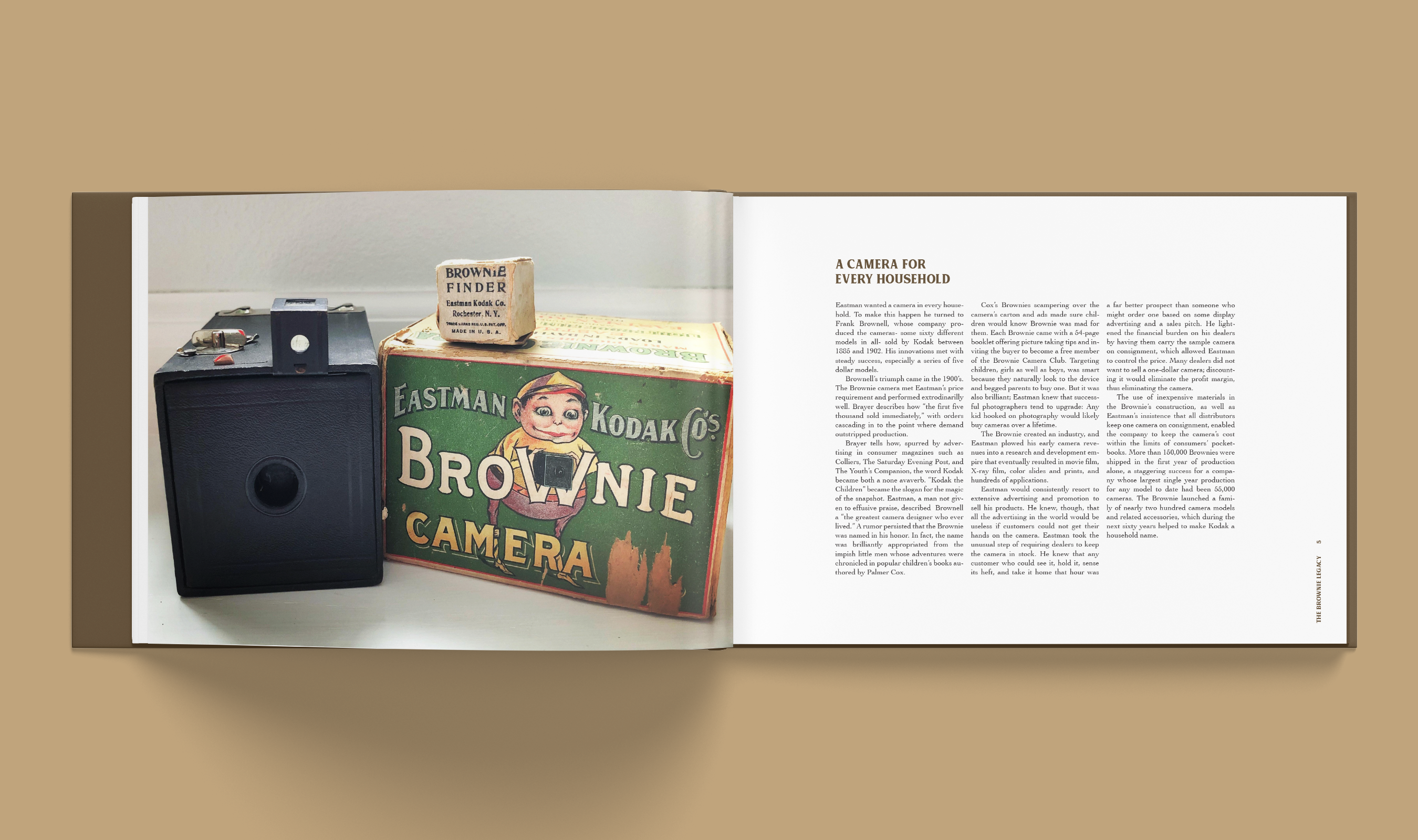 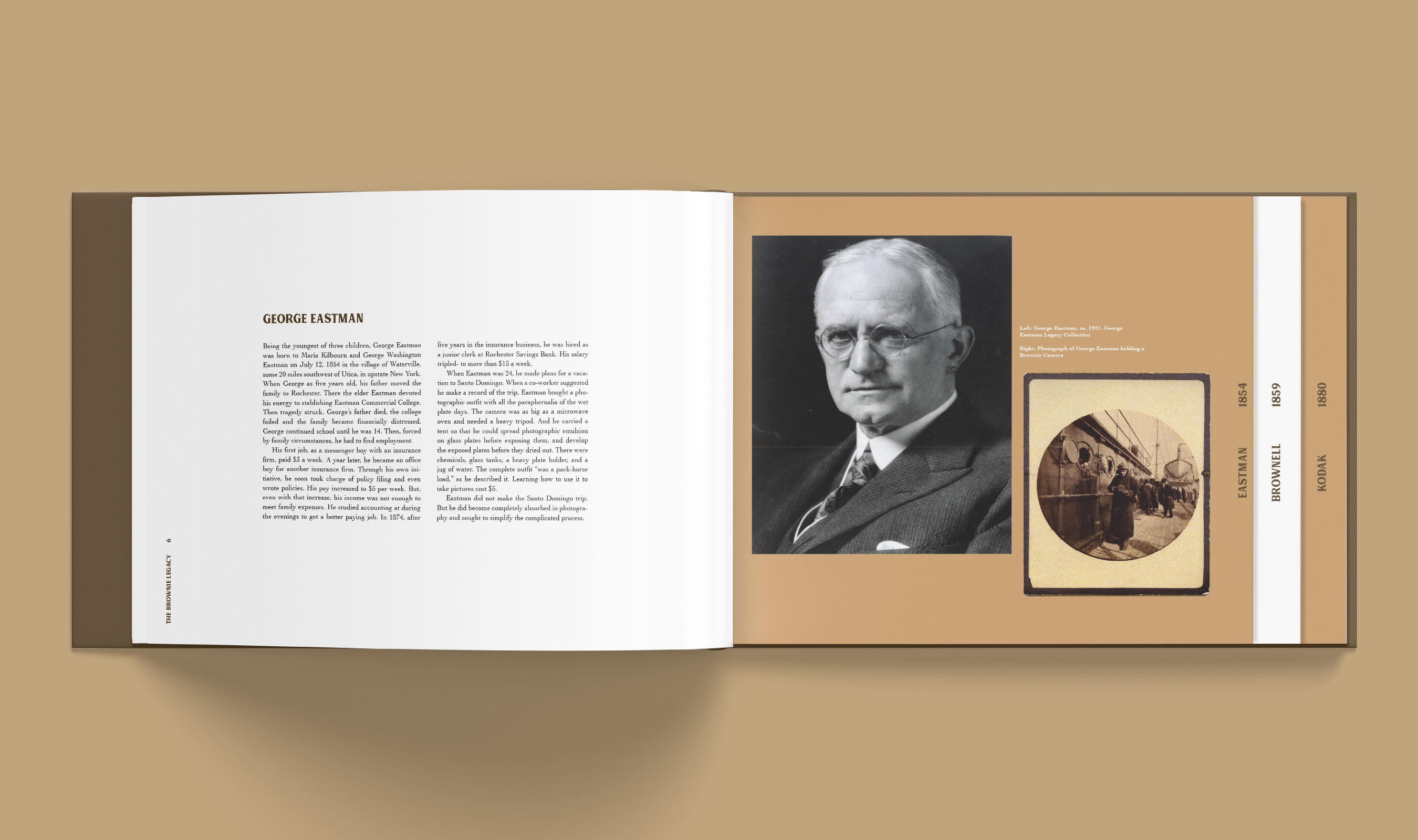 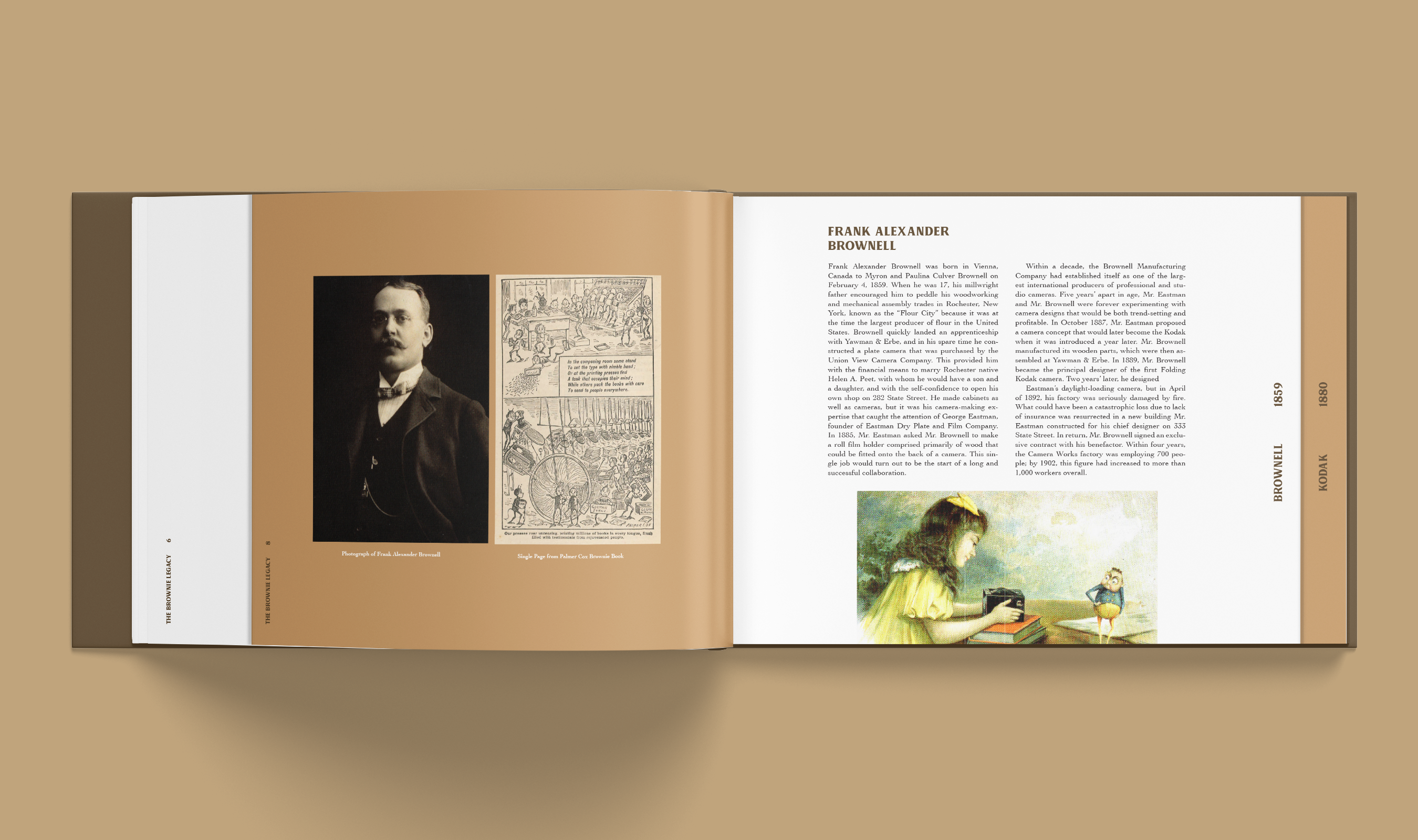 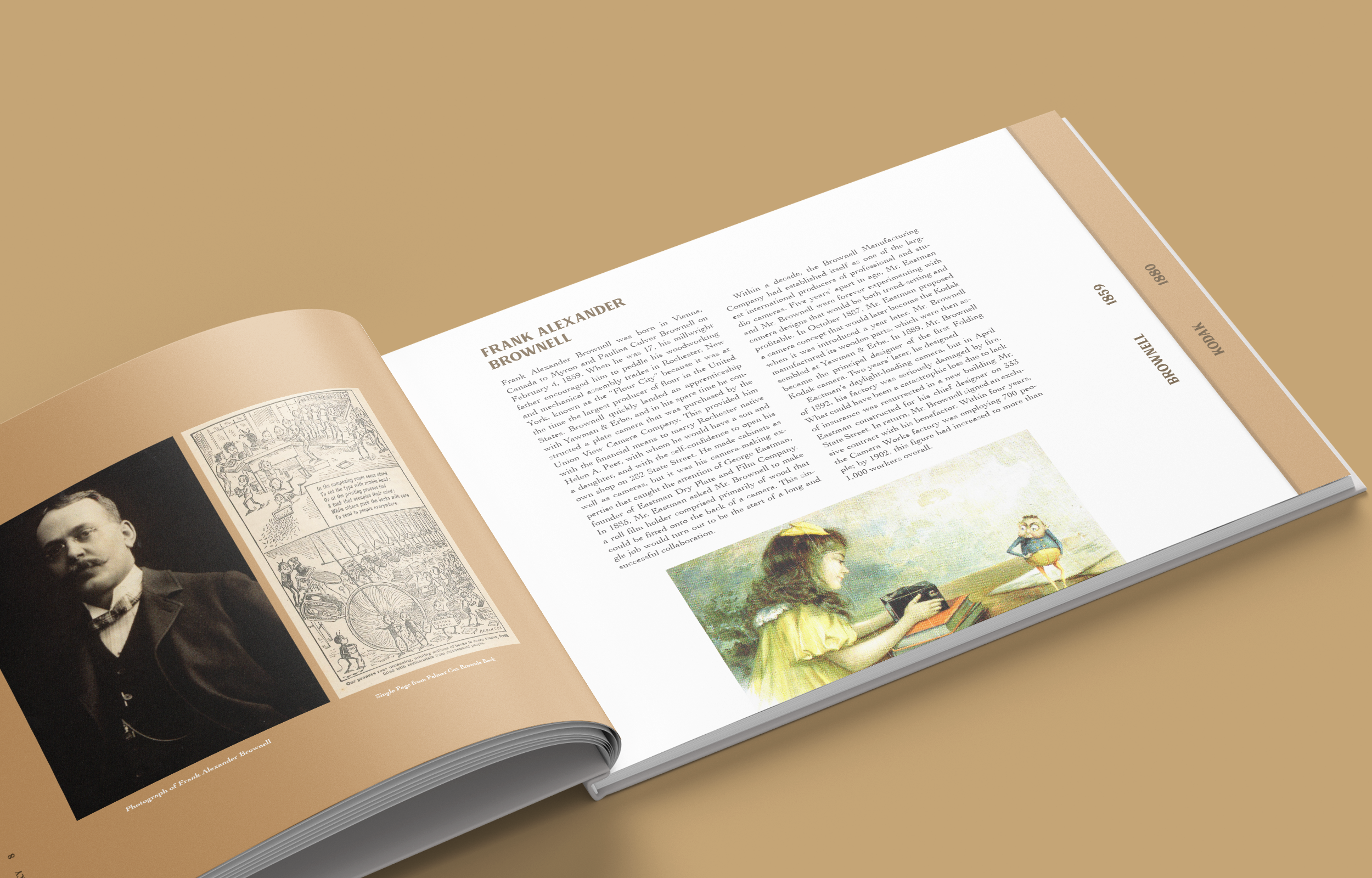 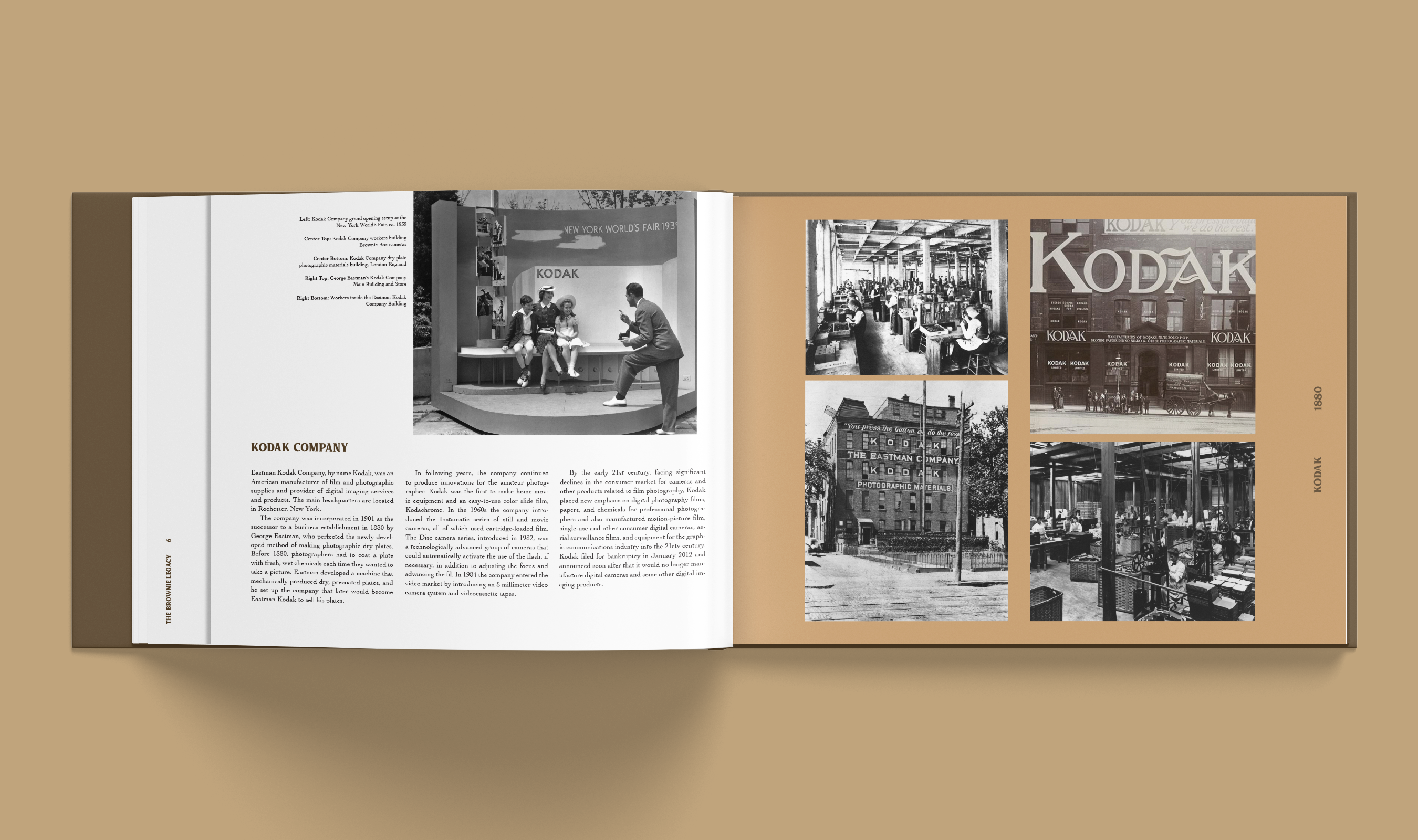 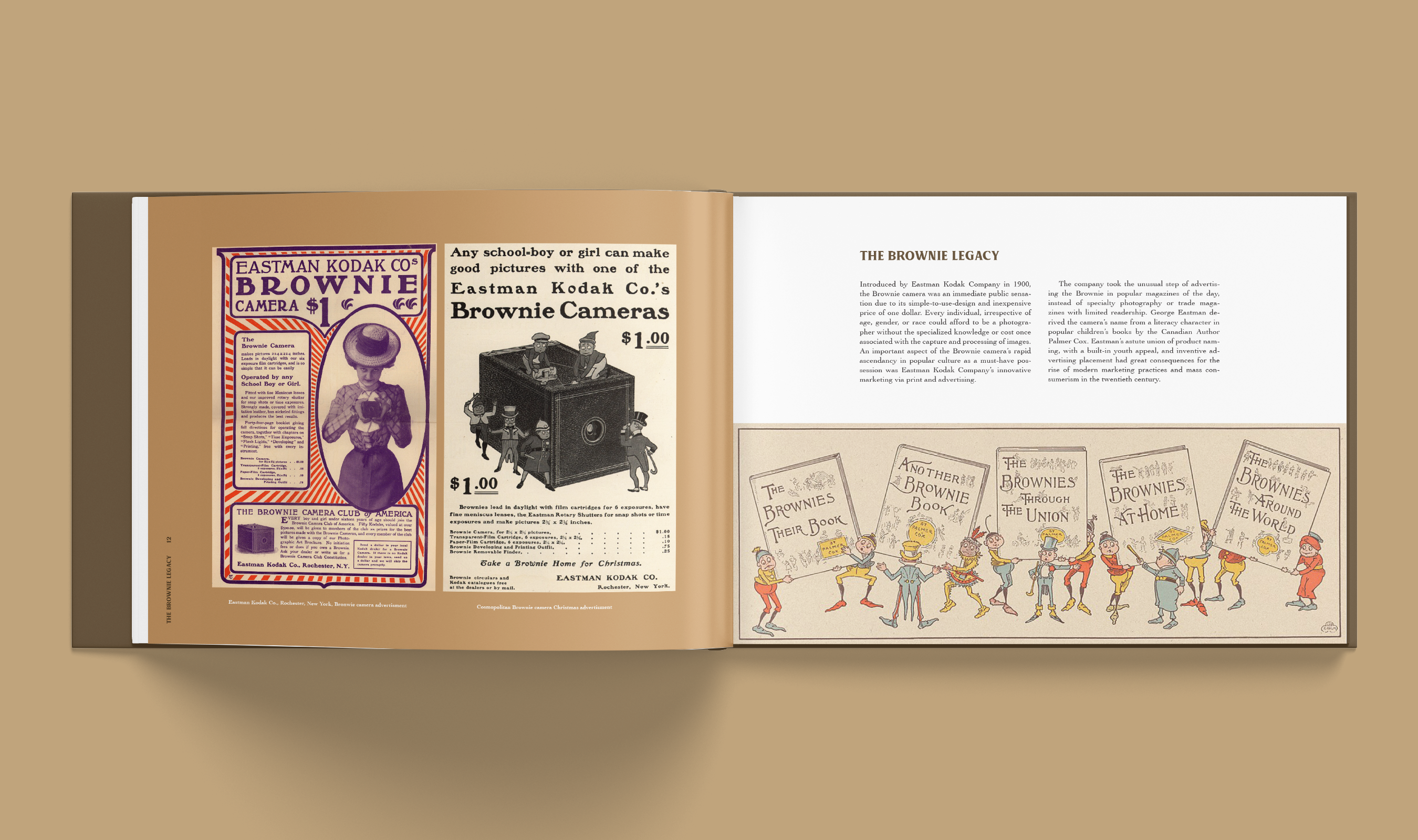 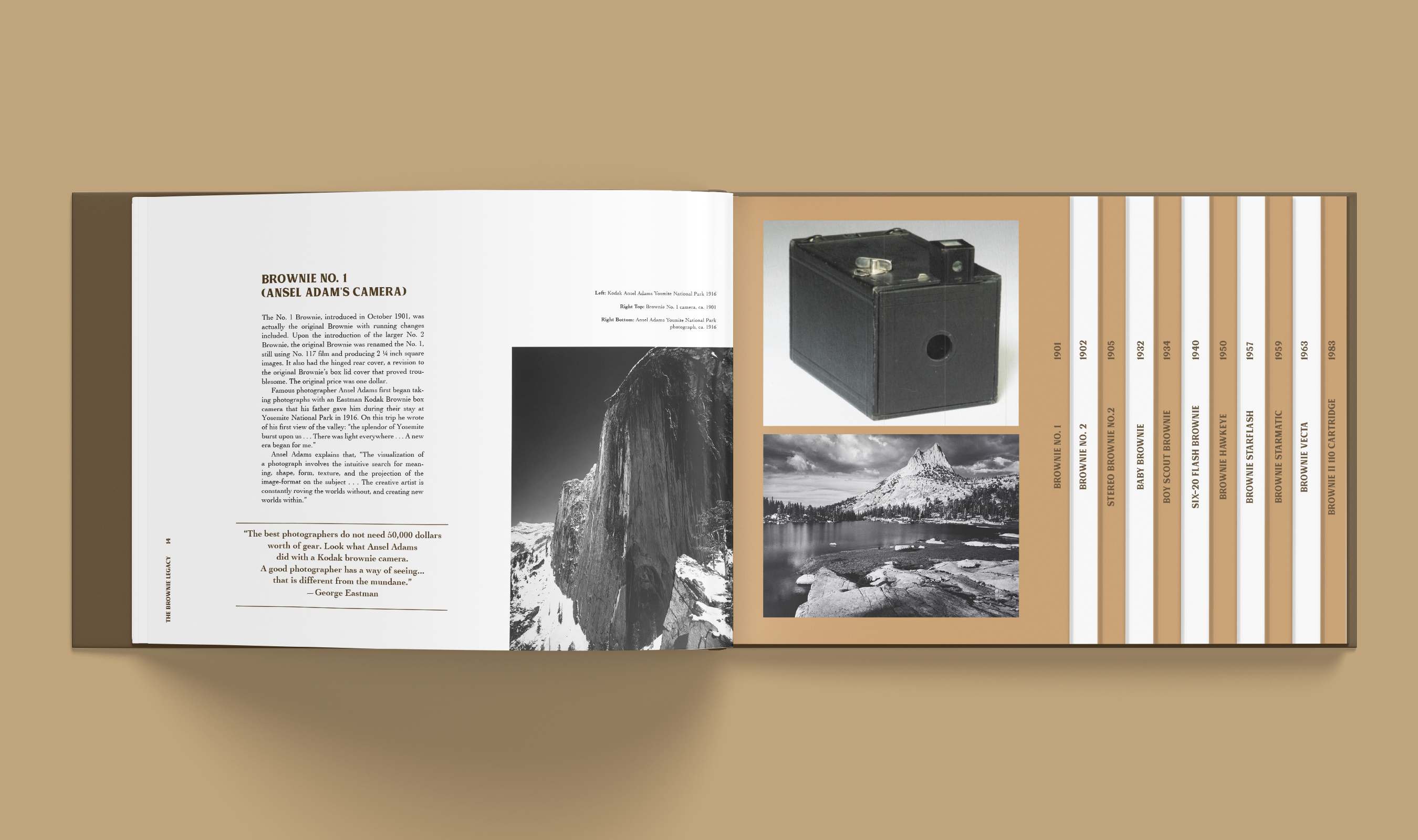 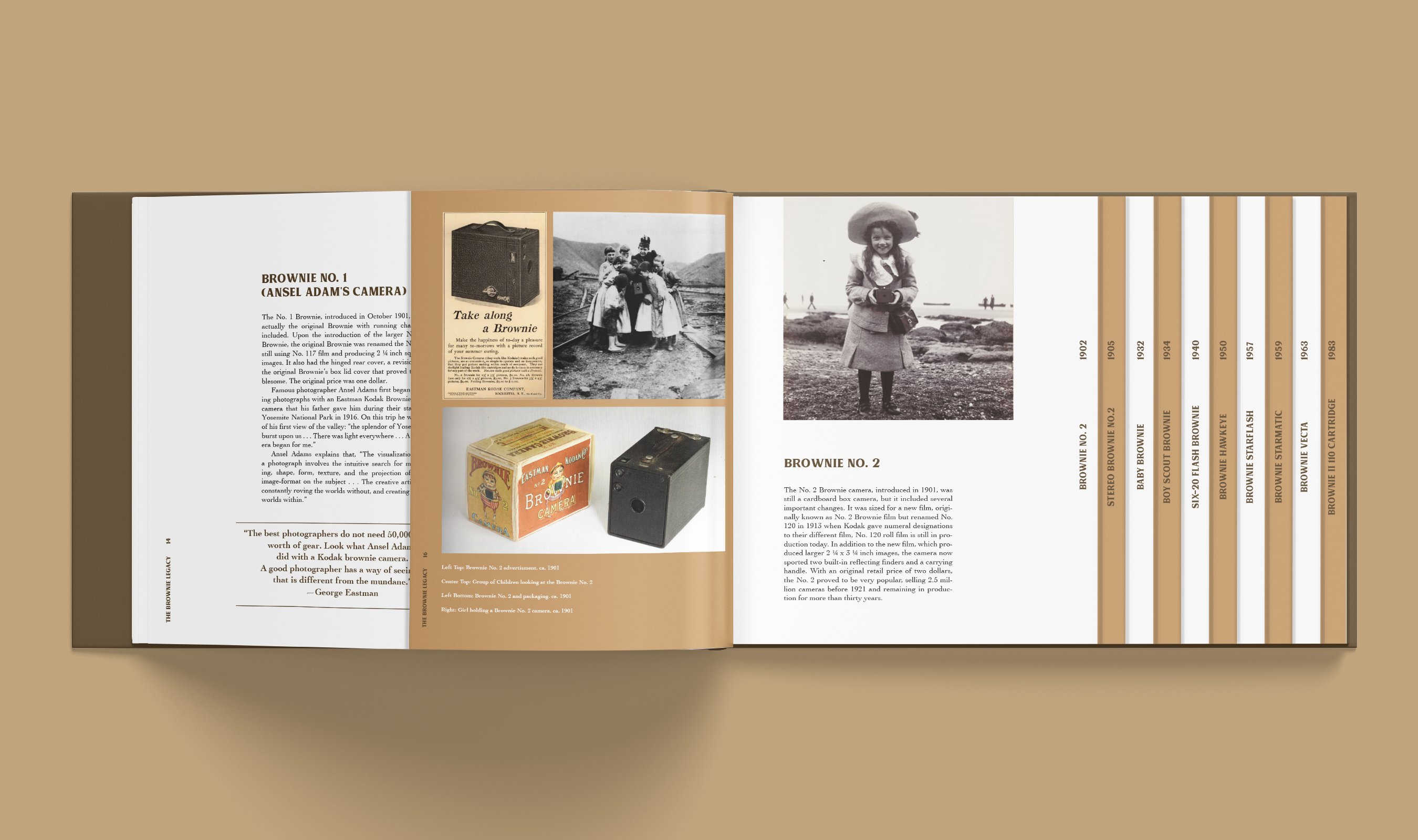 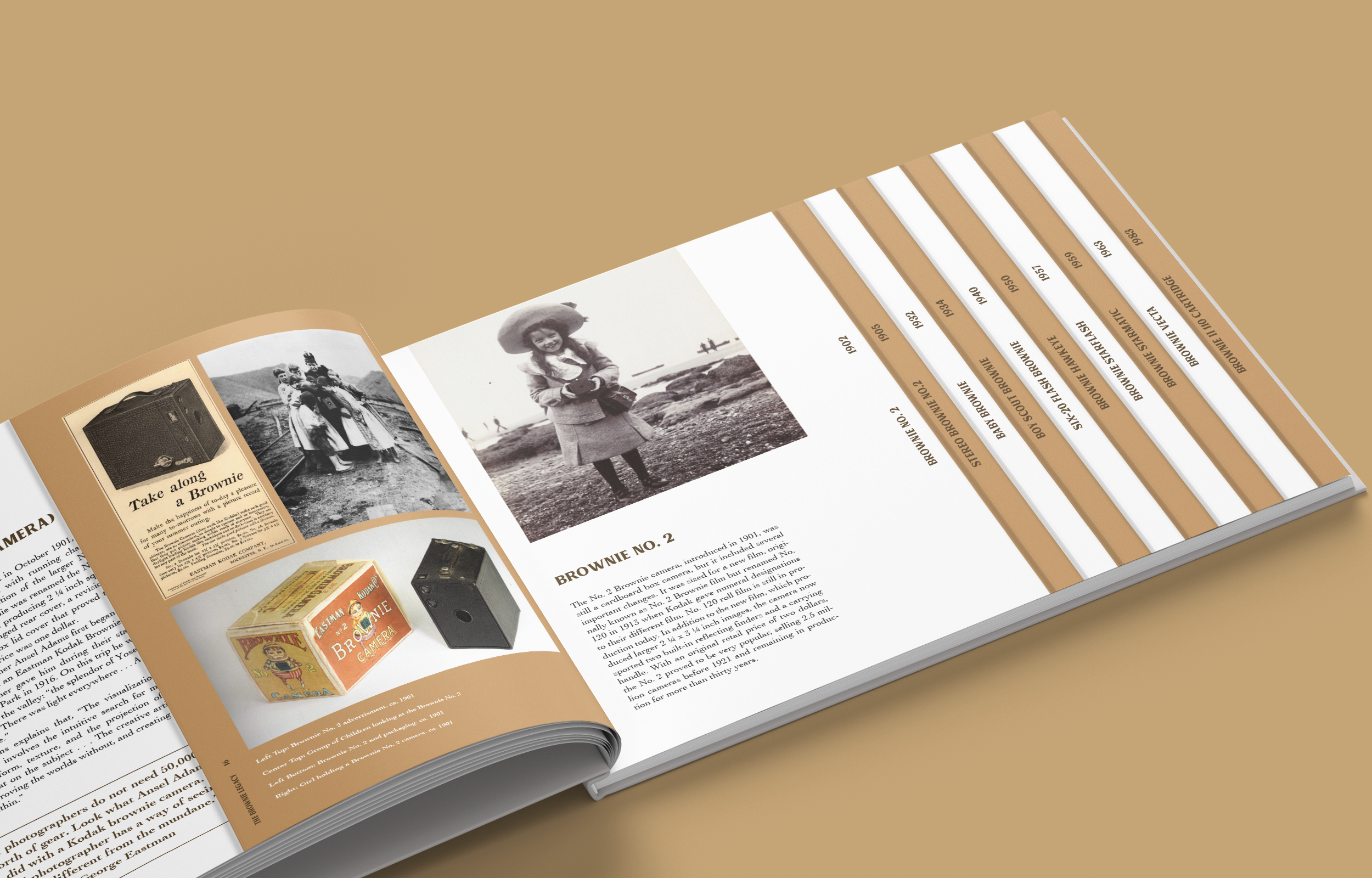 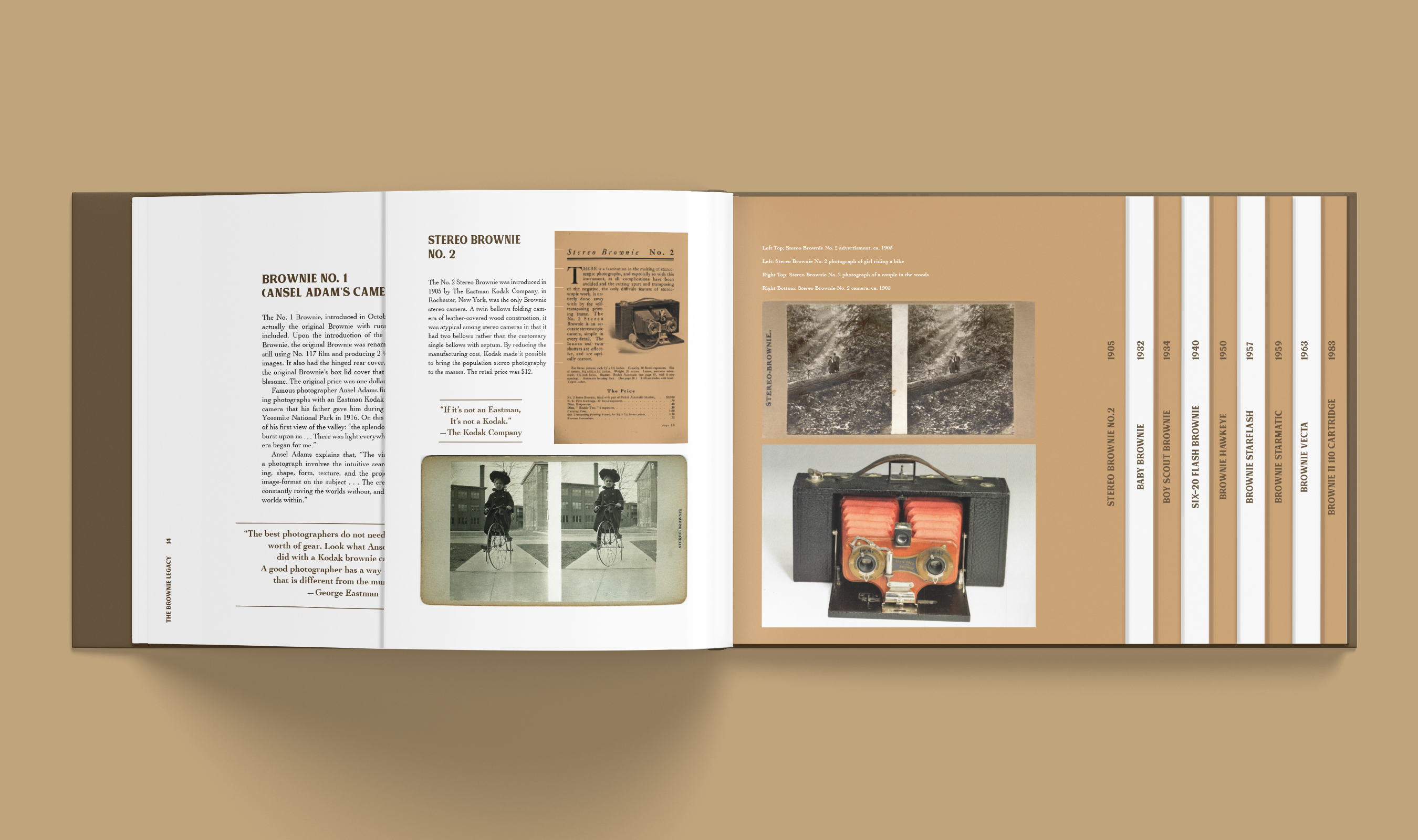 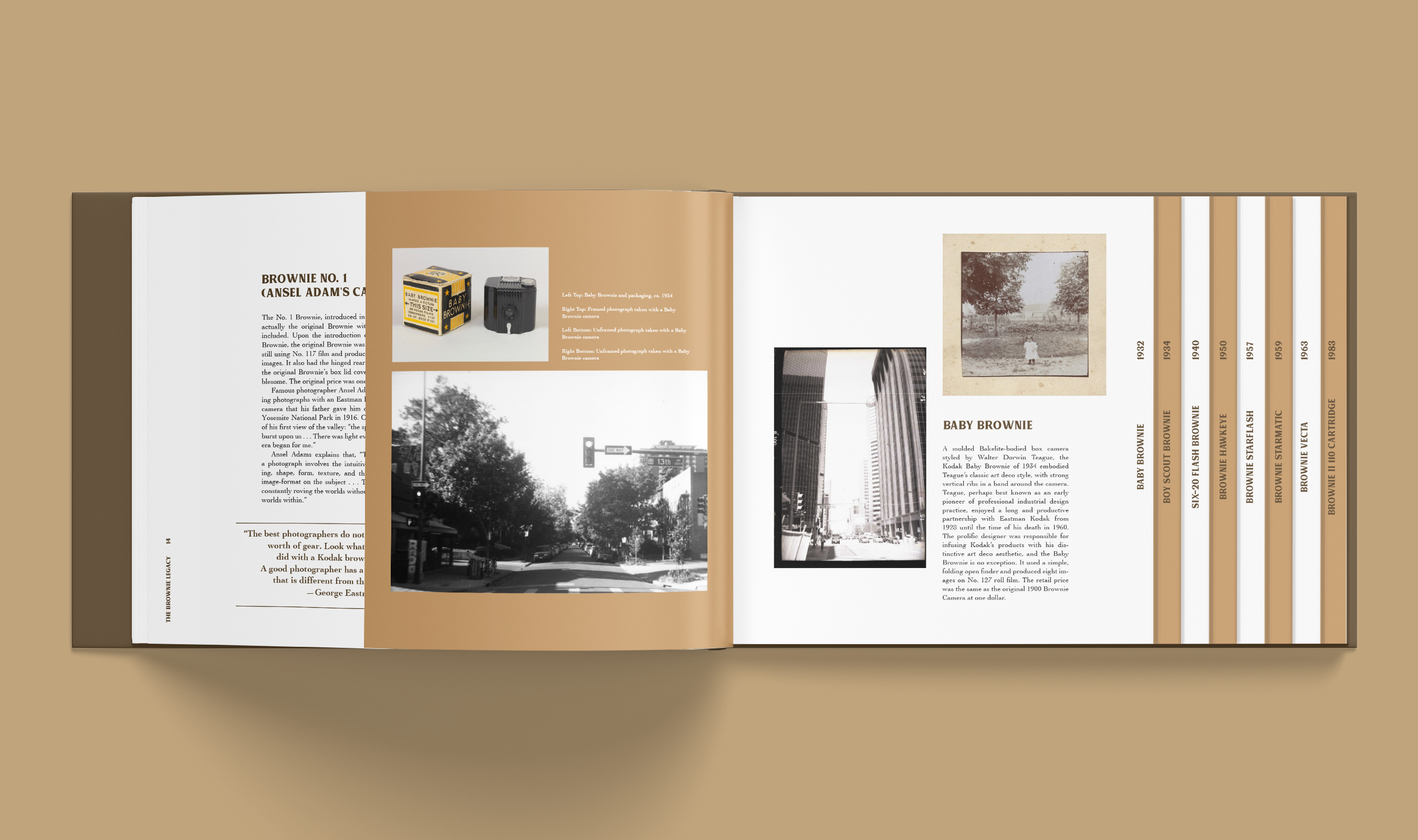 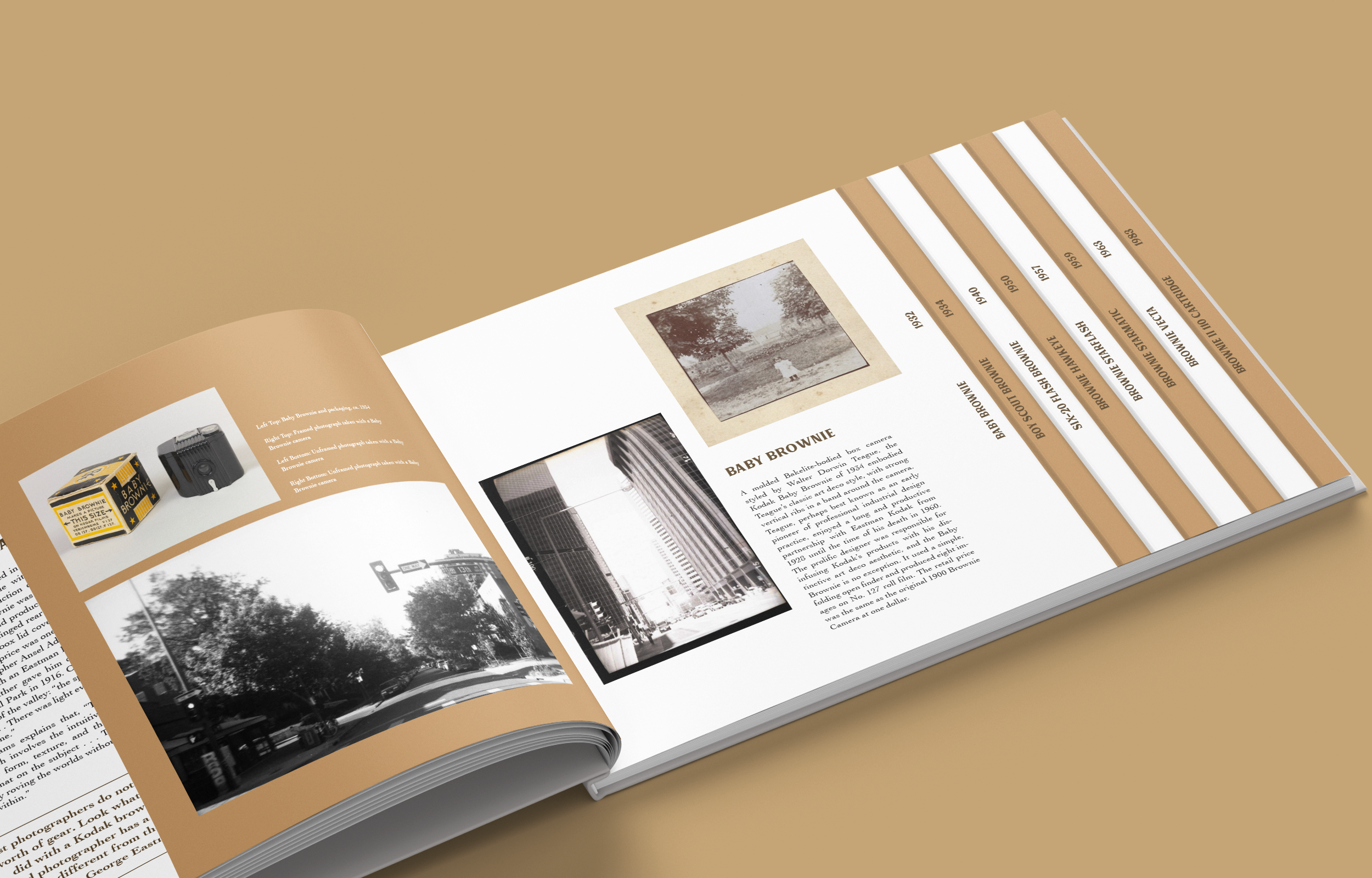 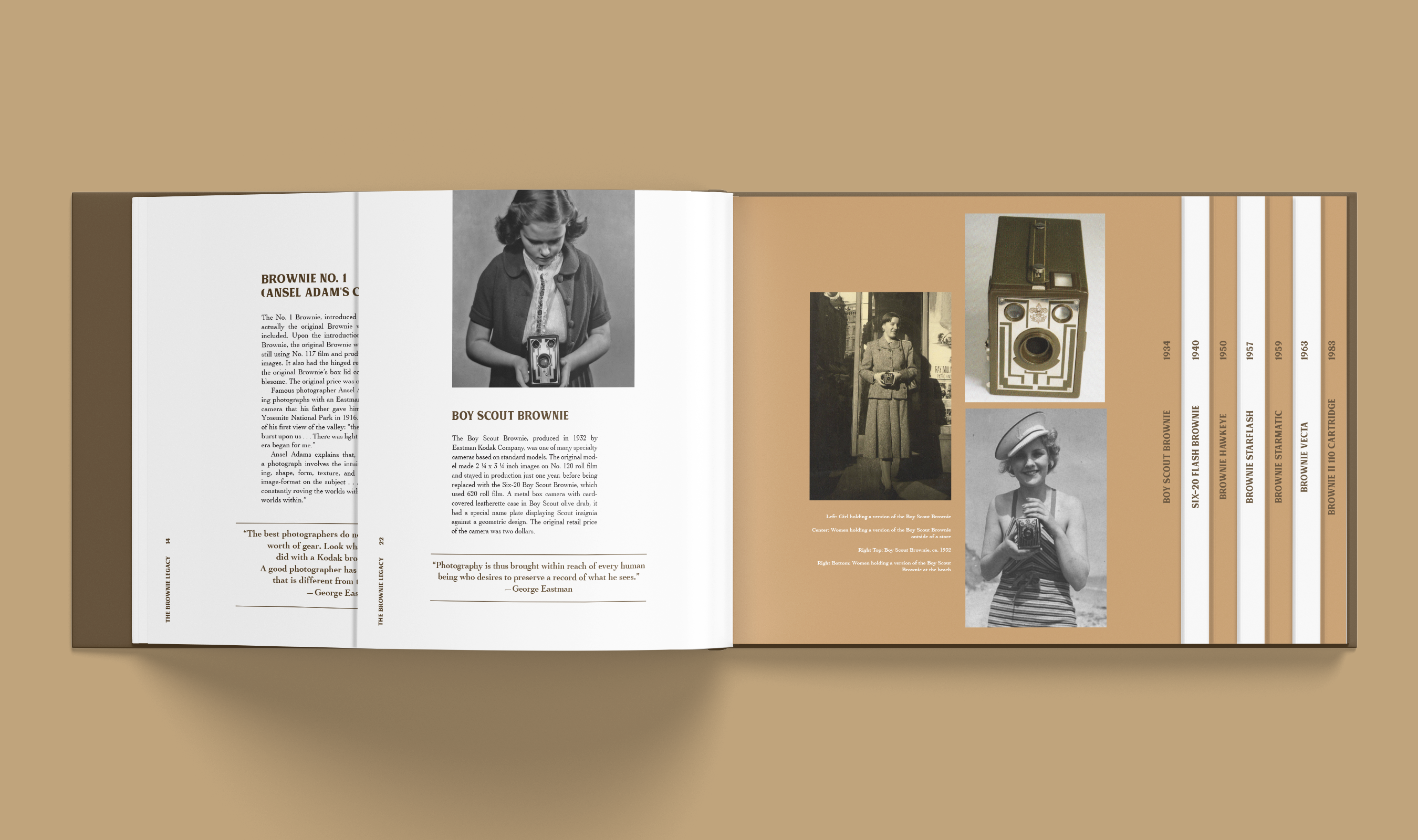 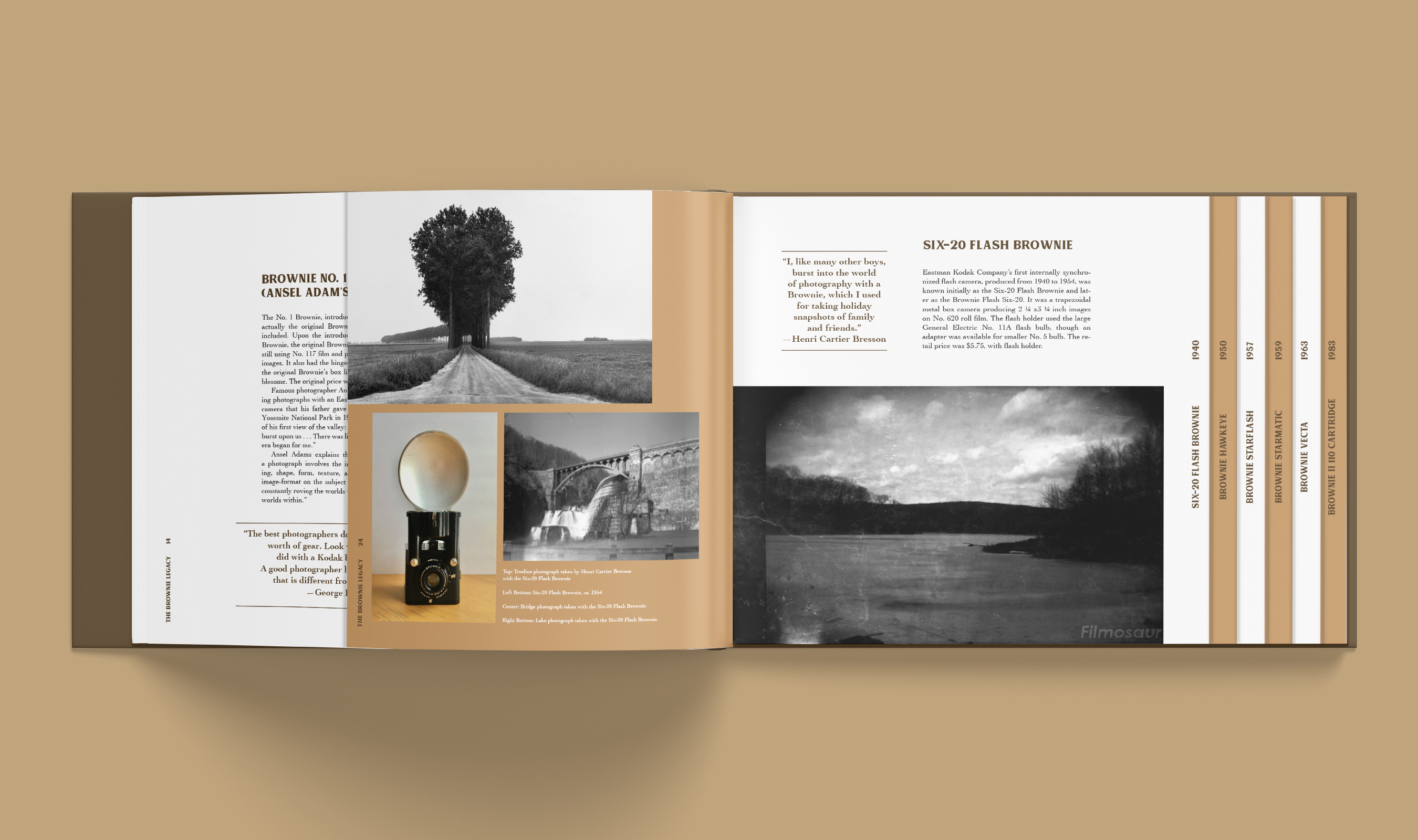 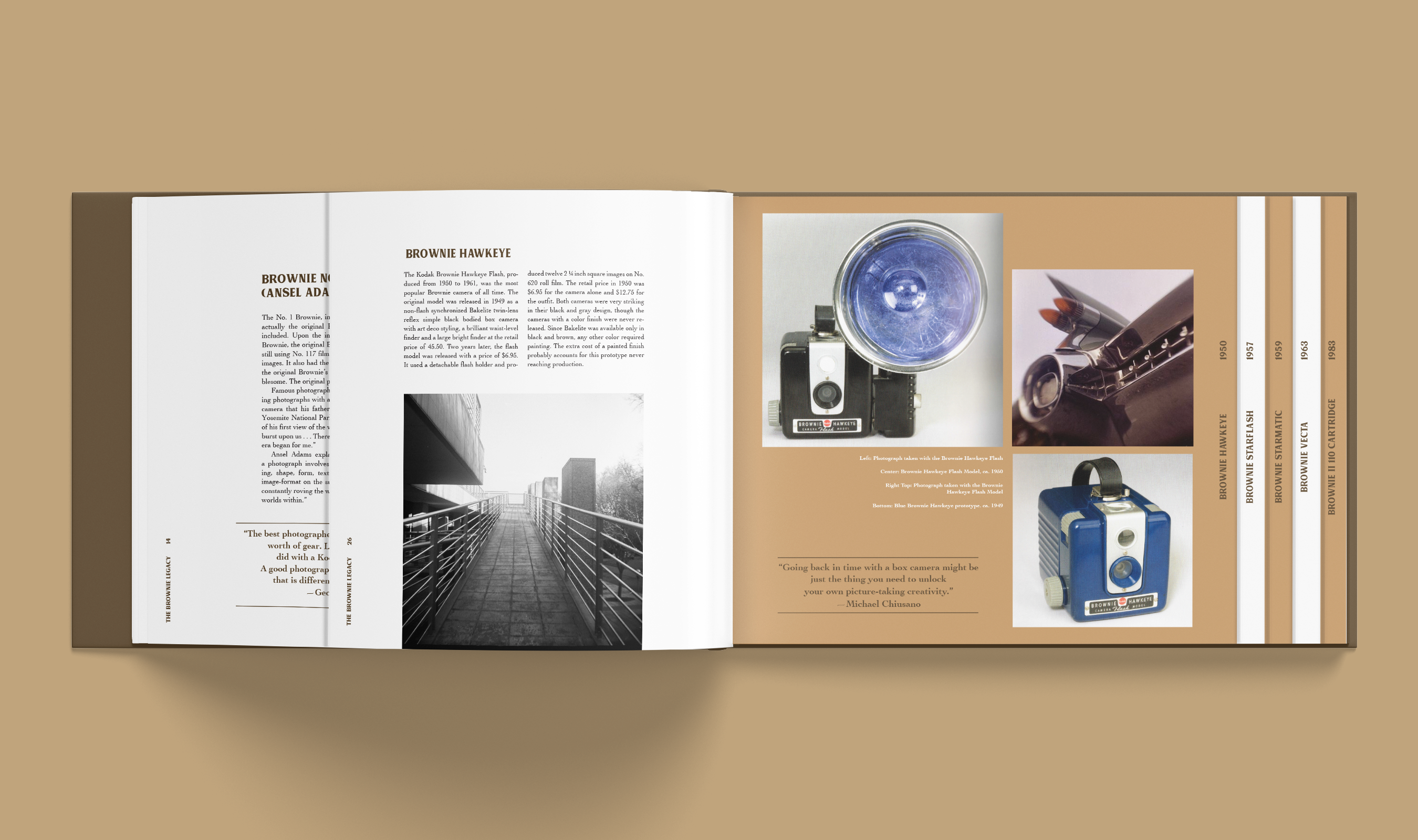 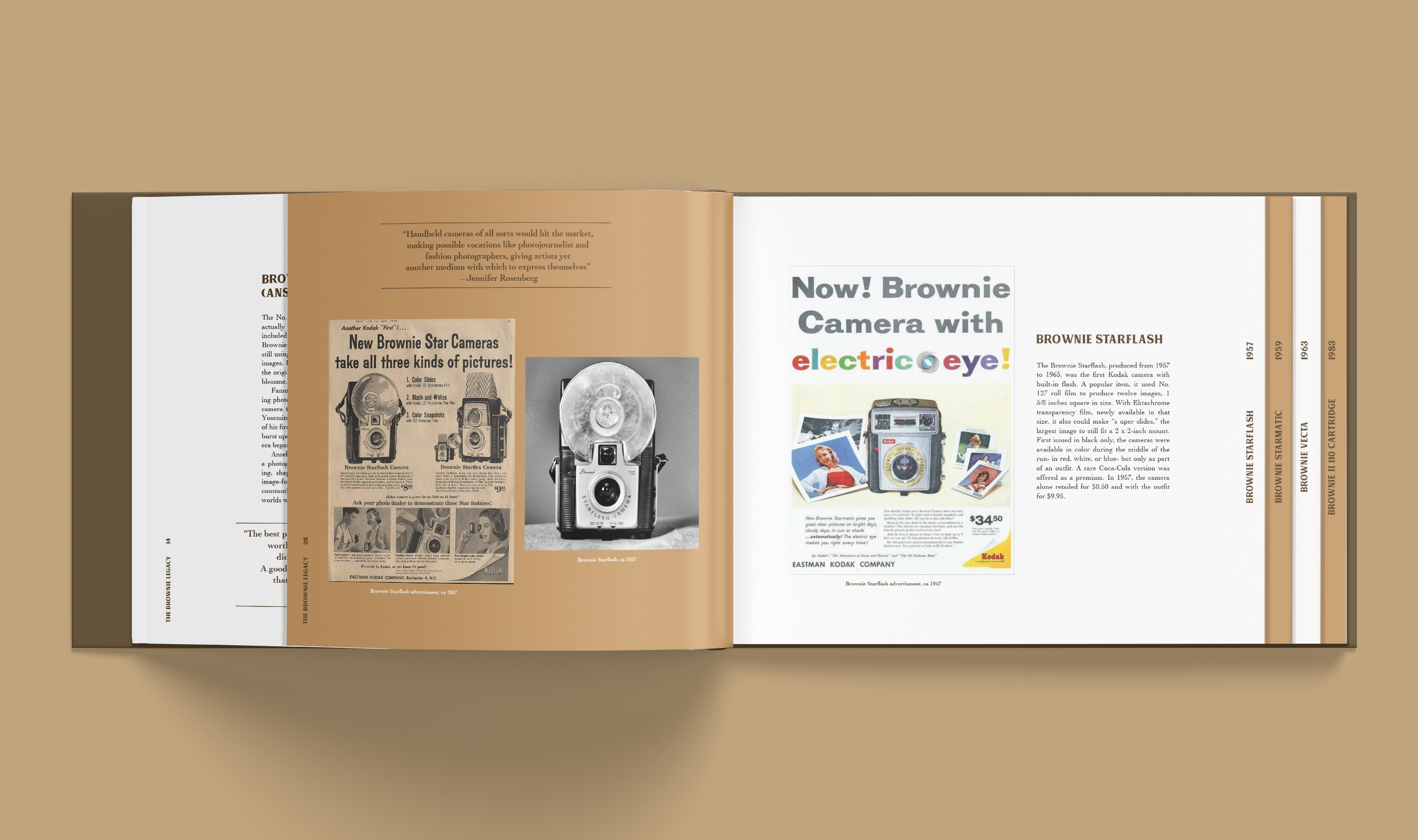 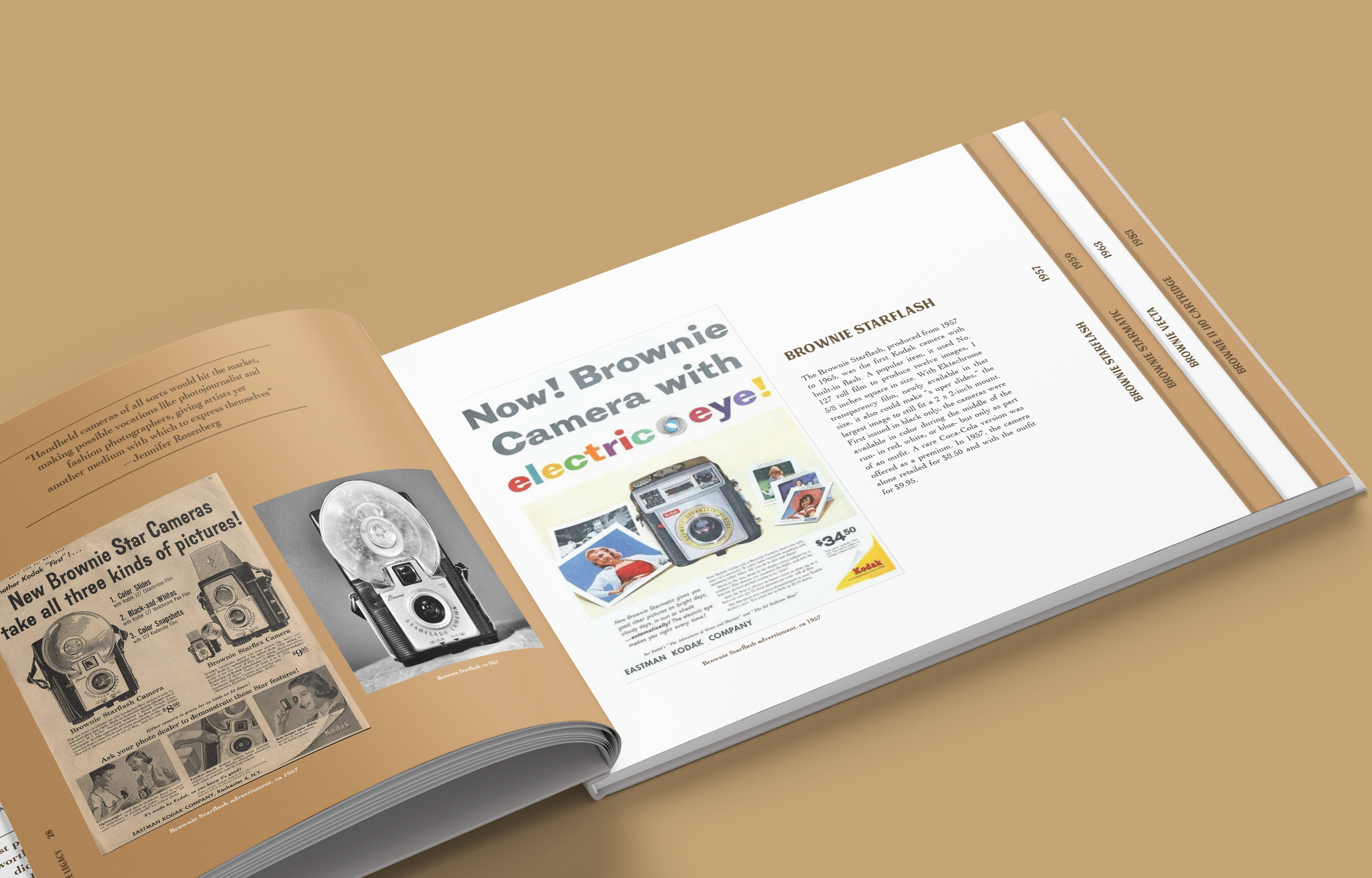 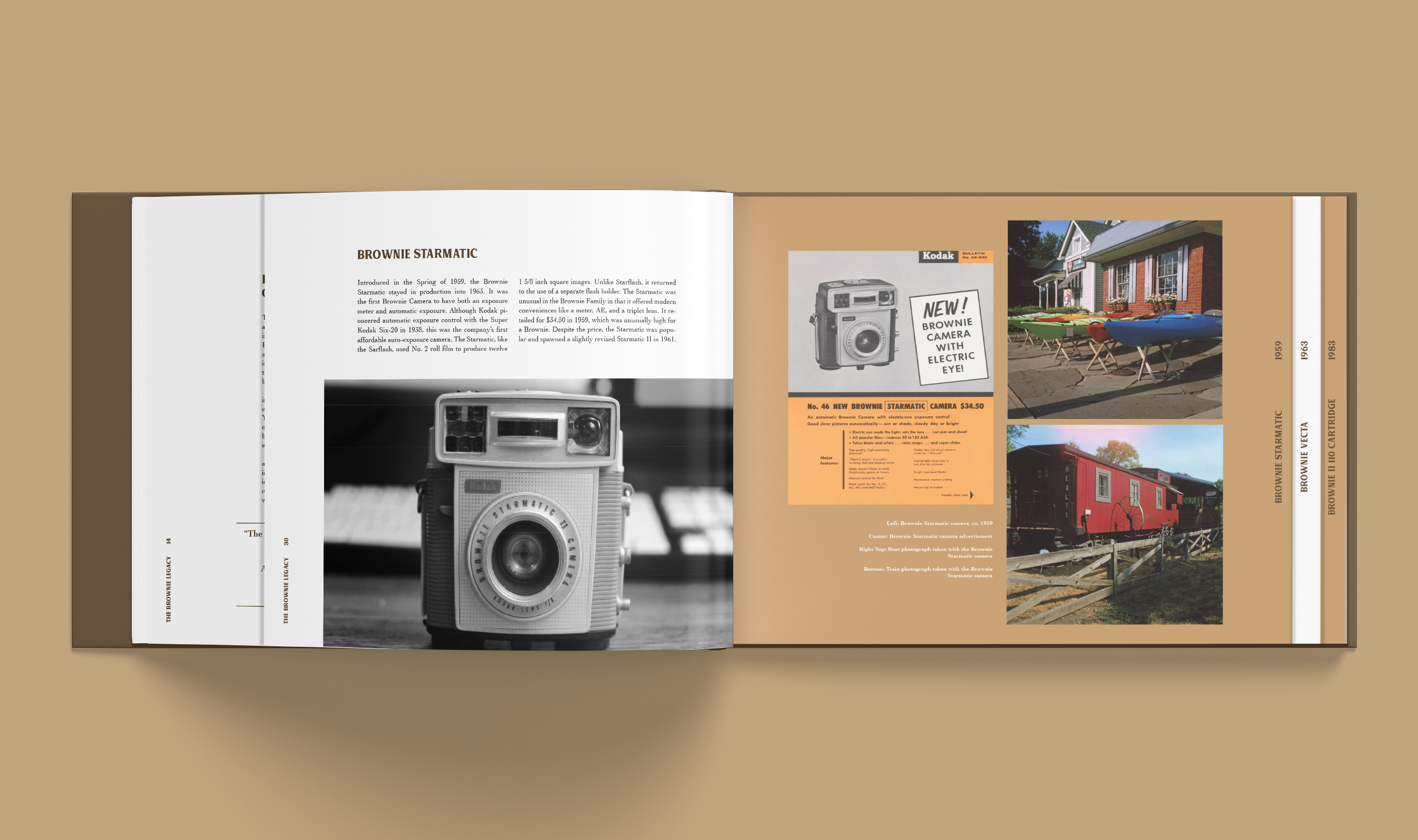 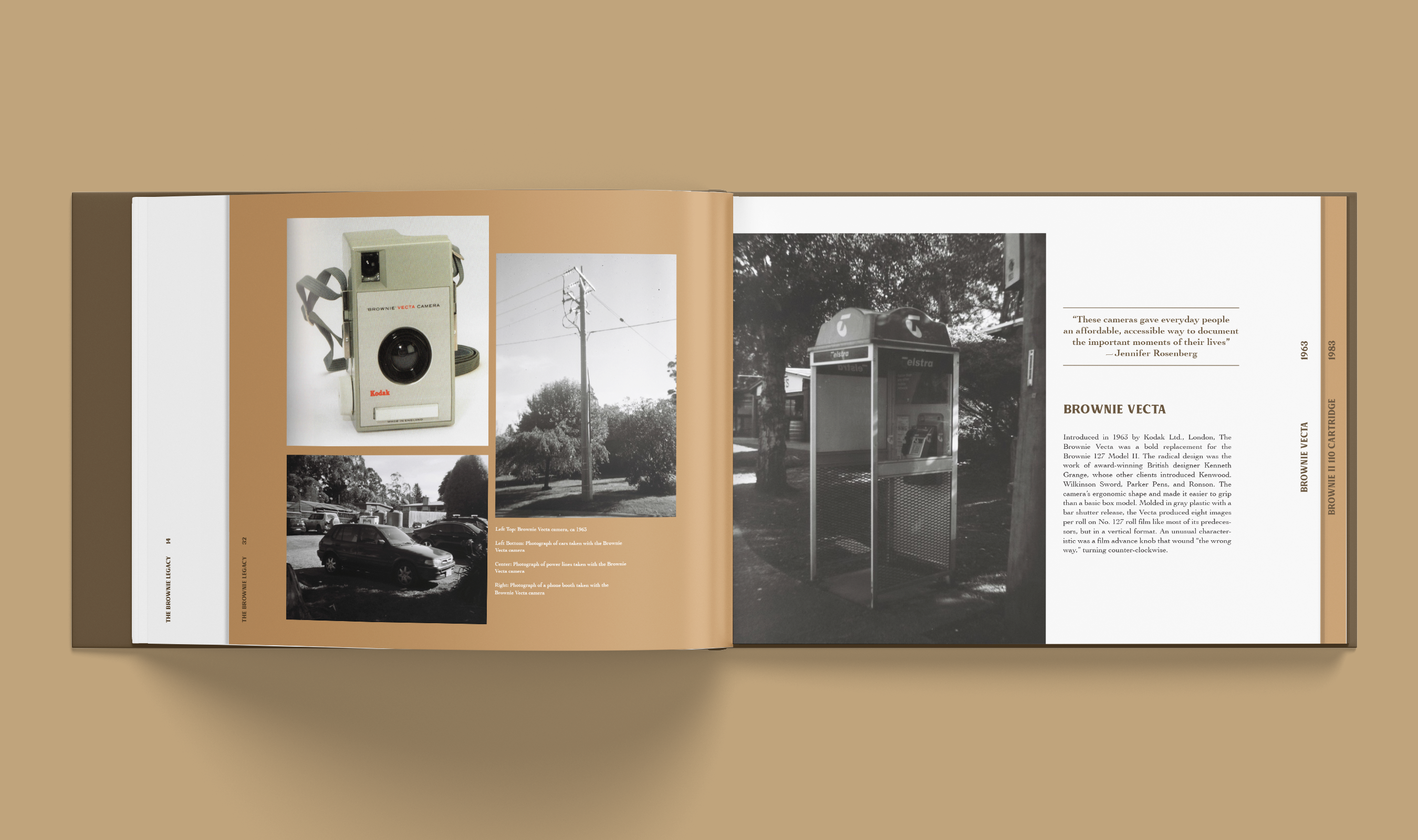 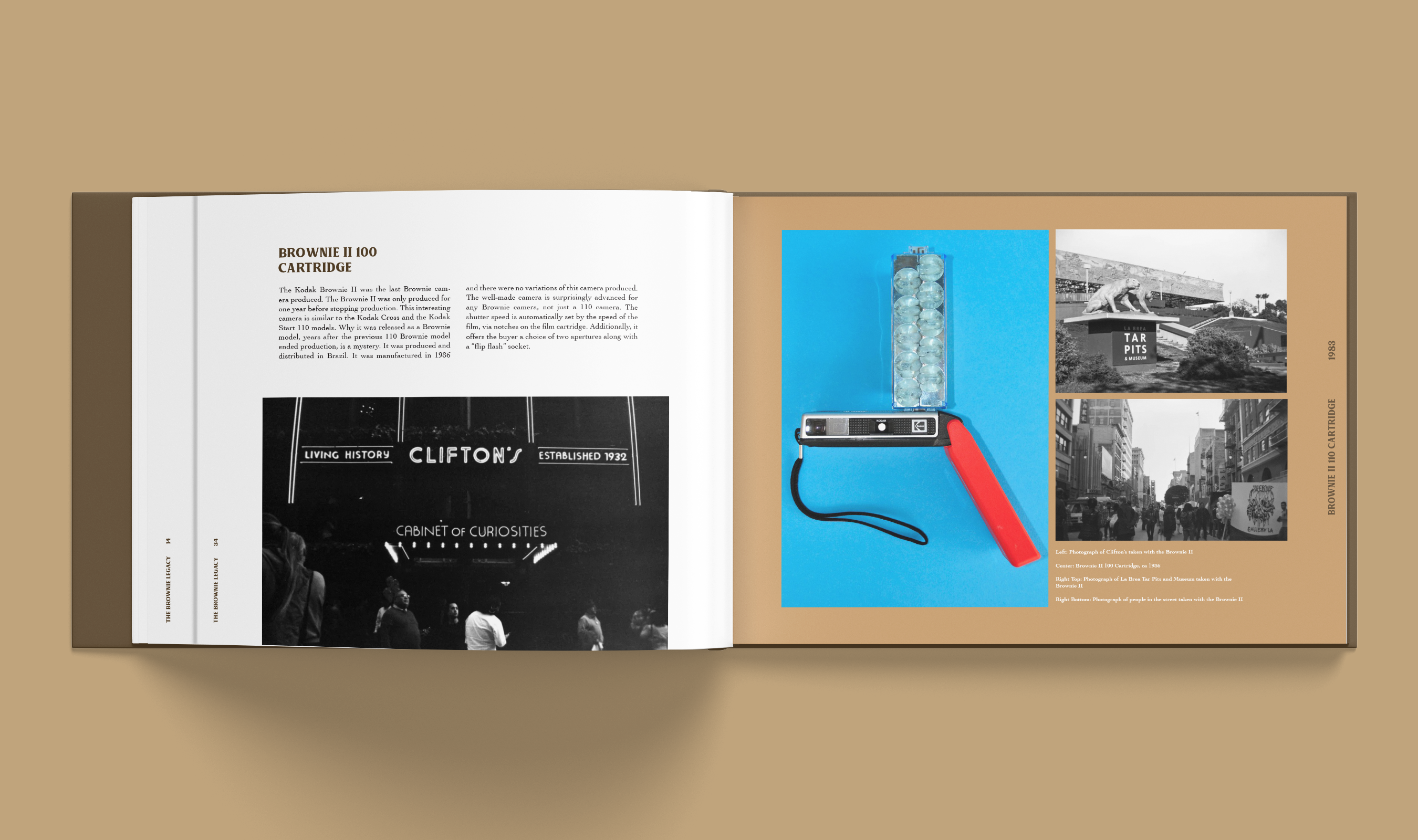 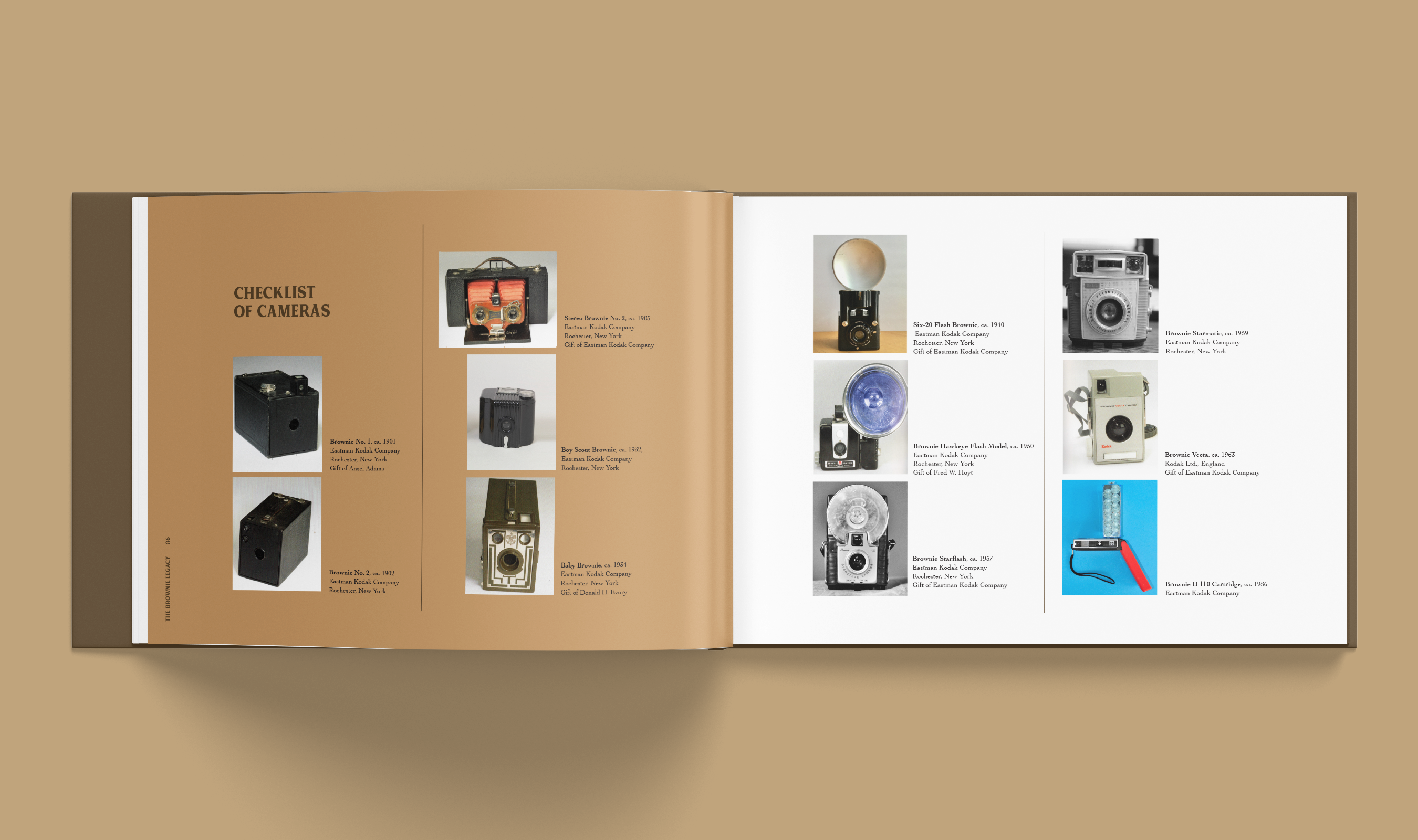 The briefing of this project was to create an exhibition catalog for either a product or craft design. My first concept was to create a catalog on the Brownie Cameras that were created by Eastman Kodak and Alexander Brownell and how the series of cameras evolved in design over time.

As someone who is a collector of old cameras, I was very interested in choosing a group of cameras that I did not know much about so that I could learn along the way. As I conducted my research, I discovered that the series of Brownie cameras that were created between 1901 and 1983 is very large. For this reason, I decided to choose the most diverse designed Brownie cameras from the series and eventually narrow it down to focus on just 11 different cameras. It was important to me to create a catalog that had many similarities with the design and packaging of the cameras and bring in the underlining idea of a historic timeline.

This eventually leads me to create a system of different sized pages that allowed the catalog to become one large timeline that could be read and understood right when it was opened. This also allowed me to bring in information about the creators and how they made the series of Brownie cameras possible. I choose a font that was similar to the one that was being used on the brownie cameras and their cases. A strict grid was used to get text and images to work well together and flow nicely from page to page. Rough sketches for my catalog layout design that I choose to make look like a large timeline and for a website design that went along with it, with many of the same features.